– Nadja Stoller (Vox) joined the band, they changed the name to: Silence

– 1995 Tides was recorded and produced by David Plüss 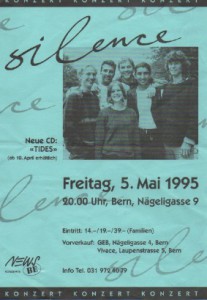